Let us start by making one thing very clear. Based on what I heard, if I had had a vote in the last US presidential election I would not have voted for Mr. Trump. Nor would I have voted for Mrs. Clinton. I’m not sure who the minor candidates were but if there were none acceptable (how ecologically sound are the american greens?) then at least over there it is a recognised option to write in your own preference on the ballot paper.

But the majority (in the terms defined by their electoral law) voted for Mr. Trump and he is their president. So why are so many of my friends and acquaintances travelling to London today for a shuffle through the streets to protest “against Trump” ?

They don’t seem to be objecting to any particular action of the US state (of which he is the head) on the international stage. There are several domestic actions of his that they might not like, I certainly wouldn’t like them if our political leader tried to introduce them, but those are for the american people to deal with.

If every time a foreign head of state popped in for a chat we took to the streets because there was some aspect of his or her policy that we didn’t like we would be forever shuffling through the streets of London.

By and large Trump seems to have been rewarding those who voted for him, carrying through on his election promises as best he can, and continuing the Republican neo-liberal capitalist agenda with an interesting pull back from its global dimension.

He is sometimes being quite effective as a disruptor of the neo-liberal consensus that has governed the west for at least the last 30 years (some would argue it predates the Reagan/Thatcher administration), although he is also firmly embedded as a part of that consensus. Sometimes it is a good thing if someone comes along to rattle the status quo – for that reason I just might have been tempted in the absence of Mr.Saunders on the ballot to vote for him if I was american. I voted to leave the EU for much the same reason. (see elsewhere on here for example)

Internationally he seems somewhat conflicted, being torn between the need to continue business as usual (making bombs and dropping them on far away places to support the domestic economy) and a refreshing desire not to pick fights with bogeymen in order to keep his own population scared and in line. The tendency to act in a disruptive manner and then using the resulting confusion to forge a new approach is a pretty good tactic – he has used it to good effect more than once during his current European visit. 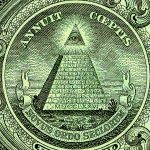 This is about the best we can expect from any Emperor presiding over the decline of his empire. As the costs of maintaining the borders of empire (conceptual borders just as much as physical ones) starts to exceed the supply of resources to the centre from the imperial wealth pump, then the power projected by the empire becomes hollowed out and the costs increasingly have to be born by those ever closer to the centre.

The pyramid starts to consume its base from the edges in order to raise the eye at the apex ever higher. Inequality increases, the barbarians at the borders start to annex what used to be the outer base of the pyramid and the whole edifice more and more resembles a tower with an eye on top.

Of course we cannot know what would have happened had the likely alternative to Mr. Trump got her act together and actually done some stuff to appeal to her core support. Based on reports in the run up and during the campaign it seems likely that internationally at least the outcome would have been much worse. Certainly the way the neo-libs who run the Democratic party conspired to break their own rules and exclude Mr.Saunders and their statements on foreign policy did not bode well. At least Mr.Trump is more bluster coupled with realism about the USA’s actual capability. 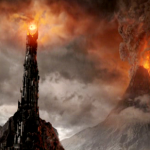 ome elements of the US liberal left seem unable to accept that they lost the election – John Greer has commented extensively on this tendency (eg here). At least our own Brexit deniers have a slight point in that the referendum was never binding on the government and given the close balance and turnout it can be argued that the government should not have acted as it did. The 1975 referendum on Europe produced a much clearer result – 67% in favour on a 64% turnout – that one was also not legally binding although given the result there was no need for any action anyway.

So what is there really to go to London and protest about, and what good do you hope it will do aside from giving yourself the illusion that you have done something worthwhile.

Protests, particularly protest marches, often seem to me peculiarly vacuous exercises. Maybe a march that is not going into battle has some value as a training exercise, an opportunity to feel part of an army even if it is an army that thinks that being part of an army is all that needs to be done.

Too often we go home after the speechifying at the end feeling that at least we’ve done something, and as we eagerly scour they mainstream media to see what impact we made, mistaking MSM for reality, we feel that something has been achieved, our feet ache and voices have been heard.

Of course anyone who was in London for the mass shuffle on 15th February 2003 knows full well that voices that may be heard can equally well be ignored. A protest that assembles, marches and disperses achieves nothing. The only successful protests are those that have (or take) control over their consequences.

So given that in the version of democracy that they practice over there neither Mr.Saunders nor Ms.Stein was ever going to become president, I think on balance that I am satisfied that Mr.Trump is the least worst option. I don’t feel any need to go for a walk to protest at his policies when we have our own domestic problems that we could actually do something about.

How could they see anything but the shadows if they were never allowed to move their heads?
Plato. Allegory of the Cave in The Republic c380BC